On Wednesday, July 17th, we announced that members may experience difficulty completing PIN based transactions with their debit cards. We apologize to those members caught off-guard by this service interruption and for the inconveniences it caused. Our intention was to improve member service in the long term and these difficulties were an unintended consequence. 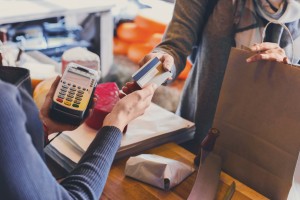 To tell the whole story requires us to go back to 2018 as the contract with our debit card processor was coming to a close. We asked our processor for a quote on a new contract and requested quotes from several competing vendors so that we could find the best service at the best price for members. After comparing offers we chose a new vendor who offered more innovative tools that would empower us to better serve members at a competitive price.

We began working on the conversion later that year, and as July 2019 drew closer it seemed everything was on track for a smooth switch. All of the tests we performed indicated the transition should prove painless. As a result we felt it was best to let it happen quietly without fanfare until the changes that would directly benefit members were ready to roll out. It was anything but quiet.

When the switch flipped at 4:00 am on the 17th, several members of the management team began testing the new network with their debit cards. Signature based transactions went through without error, but when we began testing our ATMs we discovered a problem with PIN based transactions. While our new processor and our Information Services team attempted to diagnose the problem they created a temporary work around with our new PIN Now service. We attempted to notify members about the issues as quickly as possible, while also assisting members impacted by the PIN failure.

The root source of the problem was later revealed as bad data from our old processor about the algorithm used to encrypt card and PIN information. Our new processor went to work on fixing the problem and had the initial issue corrected by the end of the day Thursday and they pushed it out to the networks. However, some members still experienced issues caused by merchants who had not yet updated their terminals. Our new processor was able to get one of the large networks to force out an update to lagging stores and terminals on Monday, July 29th. This rectified the few remaining issues.

Had we anticipated these difficulties we would have pursued further testing and alerted members ahead of time that it may be a bit bumpy that day. We regret that we did not foresee the problem and we appreciate the grace with which members handled it. The co-operative spirit of the credit union carried the day!

So why did we choose a new processor? Was it worth the initial difficulty? There will be numerous service improvements that we think you will appreciate! 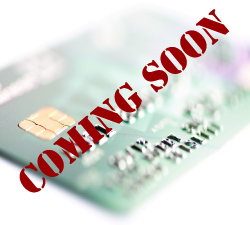 The first is that our frontline staff has been empowered to directly assist you with your debit card. In the past, they were unable to get information directly from our old processor and had to rely on our Information Services team to act as go-betweens. Our new processor has given our frontline team the tools, training, and access to information that they need to help you clear up problems without the assistance of a middle-man! From fraud to malfunctioning cards they will be able to directly access the network and get your card back on track quickly and efficiently!

Further, our new processor will help us roll out an app that will empower you to better manage your debit card and give you more tools to help in the battle against fraud. Going on a trip? You’ll be able to set your own travel alert so you can use your card without the Fraud Watch team putting the brakes on your trip without sacrificing security!

Finally, in October we will roll out the instant issue of debit cards! Lost your card? Had it stolen? Hit by fraudsters? You won’t have to order a new card and wait two weeks, you’ll be able to come to one of our offices and leave with a brand new active card! Hopefully you won’t need to replace your card very often, but it will be reassuring to know that you can get a new one right away and get life back to normal!

In the long run, this conversion will be a big benefit to members, with better tools and service. We appreciate how patient and understanding you’ve been while we worked through this bump in the road to a better credit union! 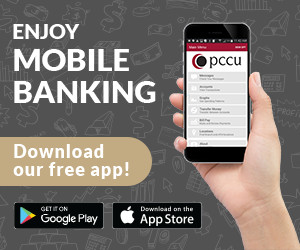